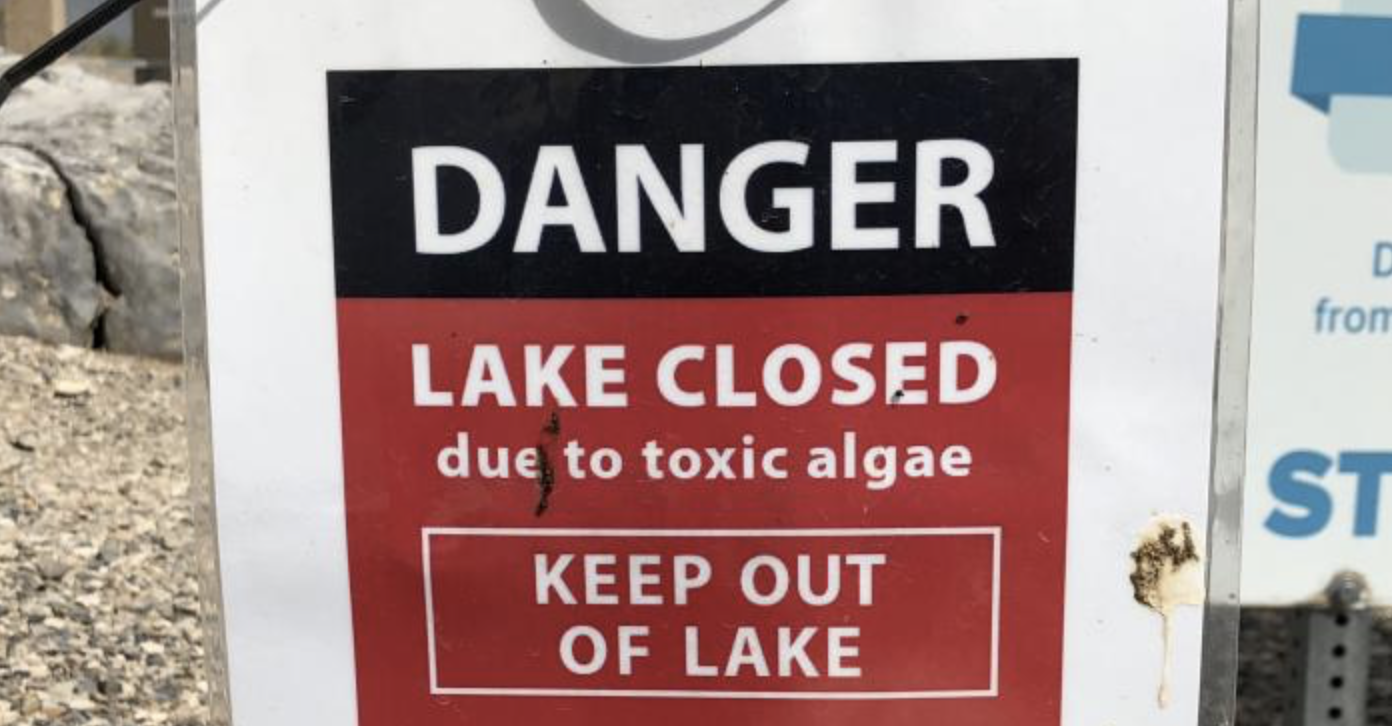 Provo, Utah – Portions of Lake Utah have been closed after the discovery of blooms of toxic algae.

“Three sites exceeded recreation health-based levels for a Warning Advisory for microcystins, including microcystin levels of >500 micrograms per liter (µg/L) near Bird Island after 100x dilution and >5 µg/L near Pelican Point.”

The Division of Water Quality found large blooms of the algae at Lincoln Marina, Linden Marina, Bird Island Bouy, and one mile east of Pelican Point.

The lake had previously been the subject of a PCB removal effort in which local fisherman were hired to catch the PCB tainted fish and remove them from the poisoned waters.