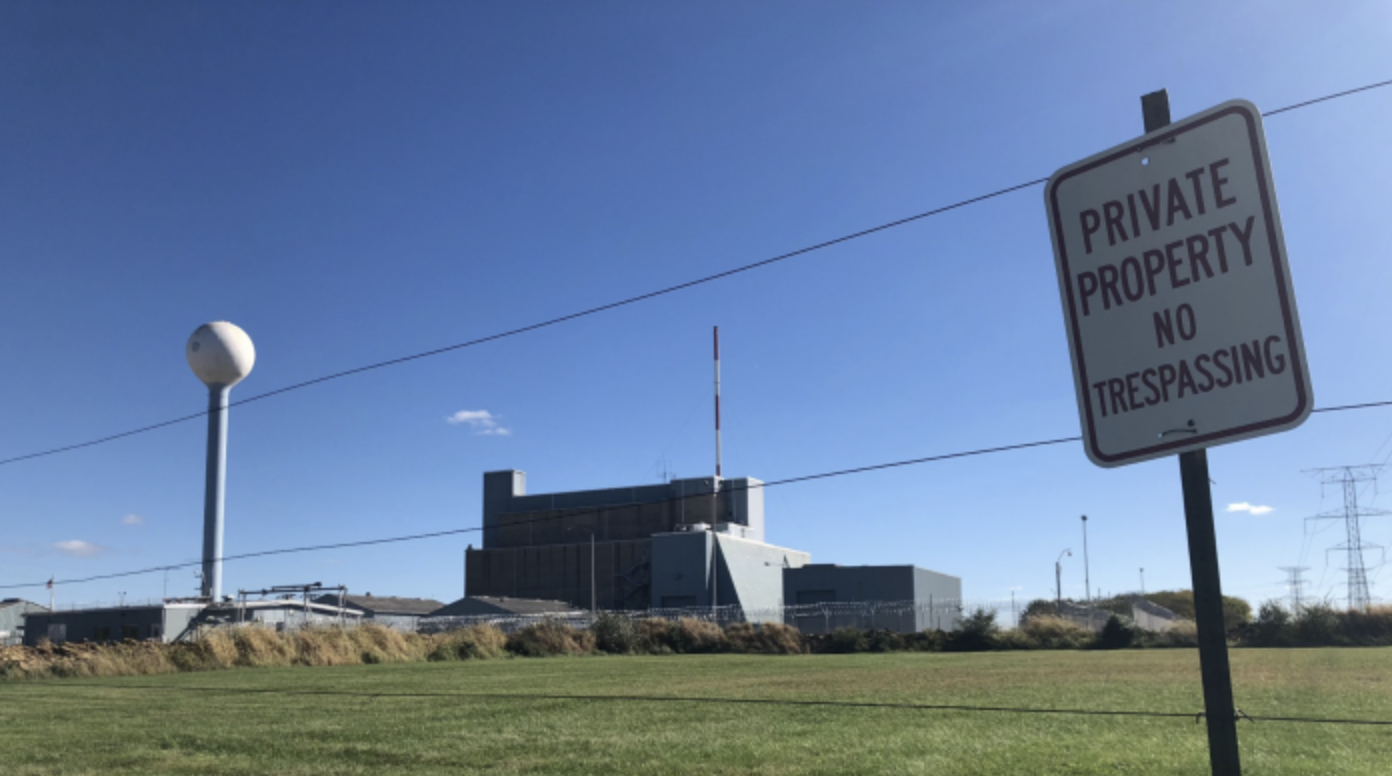 MORRIS, Illinois – The Morris Operation, located in Morris, Illinois, is the home to the nation’s only high-level radioactive waste storage facility.

The site, situated next to the Dresden Generating Station, southwest of Joliet, Illinois, houses 772 tons of spent nuclear fuel rods.

When I learned of the Morris Operation, I traveled to Illinois to get photos for a previously published article about the struggles our nation is having with the storage of nuclear waste.

What I’ve learned from traveling to nuclear power plants and former nuclear weapons manufacturing sites around the country is that it’s really challenging, if not almost entirely impossible, to get photos of these places, due to the amount of security.

When I reached the Morris Operation, I was shocked to learn that I was able to drive right up to the facility.

I walked around the perimeter for over an hour, taking photos, noting that the entire time I was there, no one approached me to ask me what I was doing.

There were roughly three cars in the parking lot of the site and no security guard.

When I left the Morris Operation, which is privately managed by GE Hitachi, I was utterly stunned that I had just been able to easily walk around the facility with no question, leaving me in stunned silence.

I feel that my concern was duly warranted because the concern of bad people obtaining the fissile materials needed to create weapons is very real.

In my opinion, an immediate focus needs to placed on security at The Morris Operation, to protect this and other countries from the dangers of hostile foreign and domestic terrorists.

Repeated press requests to the Department of Energy, about security at the Morris Operation, have received no response.